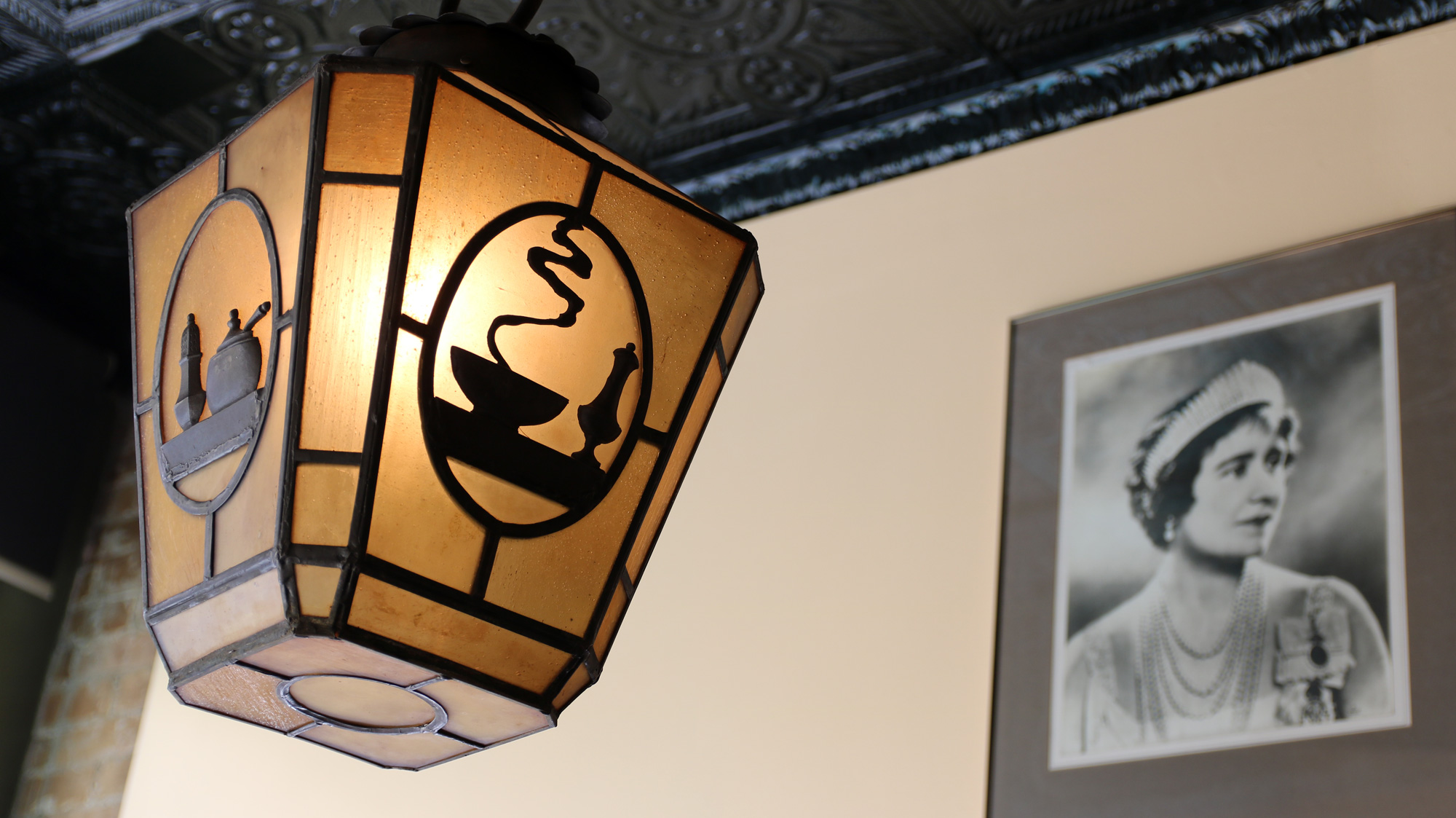 If there is one word that best describes the Queen Mother Café it is “enduring”.

The Queen Street restaurant was started in 1978 in a building that was constructed in 1850. Ownership has been long term with one of the original owners still active. Many of the staff have worked here for over 10 years and a few for over 20 years. There are customers who have become multi generational patrons – they came when they were young and now come with their children and grandchildren.

The kitchen was so small that one could stand on one spot wash and dry a dish at the sink, swivel 15 degrees and plate the food on the prep table, and turn again and pass it out the window to the server. Two burners and a domestic toaster oven were the extent of the cooking equipment.

To enlarge the kitchen and bring in a commercial stove, the space to the west at 208 Queen West was added in 1980. It is now the middle room. It originally opened as the Queen Mother To Go, a take-out business. In 1981, when a liquor license was obtained the take-out was converted into an expanded dining room. This helped the Queen Mother Cafe become one of the most popular Queen Street Toronto restaurants.

The backyard garden patio was created in 1984 and the restaurant was enlarged again into the far west bay, at 210 Queen West, in 1996.

The back garden terrace is acknowledged by many as a lovely oasis in the heart of the city and is considered one of the best patio restaurants on Queen Street and in Toronto.

The name, Queen Mother Café, encapsulates the spirit that the owners’ wanted for the space – to create a welcoming “Home away from Home” – the “Mother of Queen West”. Gracing the walls of the restaurant since its inception, there’s an original gelatin print of the young Elizabeth, the Queen Mother. It was that picture that triggered the play on words that inspired the name.

At first, the menu was primarily one of salads and sandwiches. In 1980 members of an extended Laotian family joined the kitchen staff and introduced Lao/Thai flavours. At that time Pad Thai was virtually unknown in Toronto. Around 1982 certain items such as nam jeun, nam dip, sticky rice, pad thai, and ping gai were added to our menu where they have remained staples to this day. The present Chef, Noy, is a member of that original family. Over the years, the Queen Mother Café has become particularly well known as one of the earliest, most consistent and best Thai restaurants in Toronto.

However, the Queen Mother is not Lao/Thai restaurant per se but a purveyor of global “comfort food”, where you can just as easily find a burger, cannelloni, salads, weekend brunch etc.